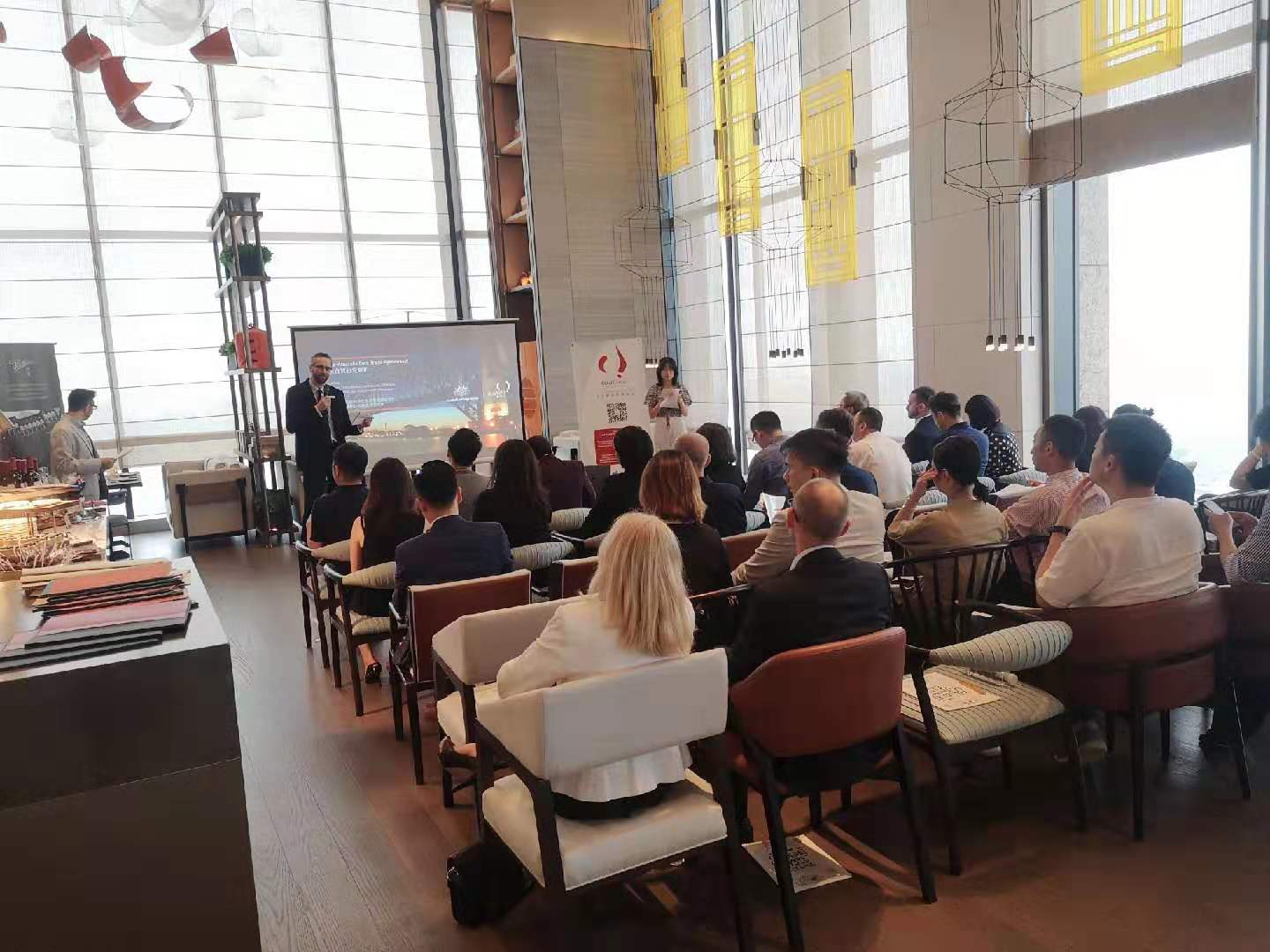 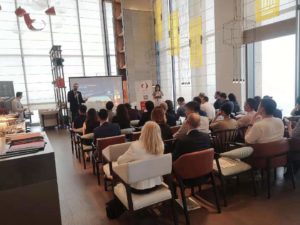 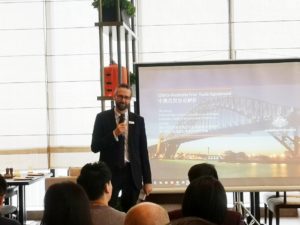 Tim White, Australian Trade Commissioner, gave a keynote talk on ChAFTA and an in-depth analysis of key trends and opportunities for China-Australia trade. 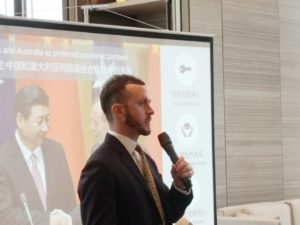 This was followed by a panel discussion and audience Q & A with Tim White and Davis Fan from ANZ Bankiny Group. Kyri Theos, General Manager of Austcham, moderated the discussion. 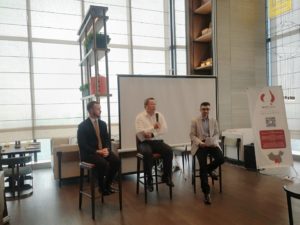 Austcham members and guests were then given the opportunity to network and enjoy afternoon tea provided by Canopy Hotel. Guests were also treated to premium Australian wine from Truewine, importers and distributors of some of Australia’s most iconic wine varieties. 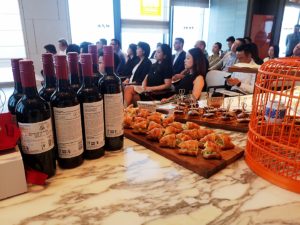 The Austcham team wishes to thank members and guests for making this event an exciting and dynamic exchange of ideas and opportunities. We look forward to welcoming you at the next event in the series, with dates to be confirmed shortly.