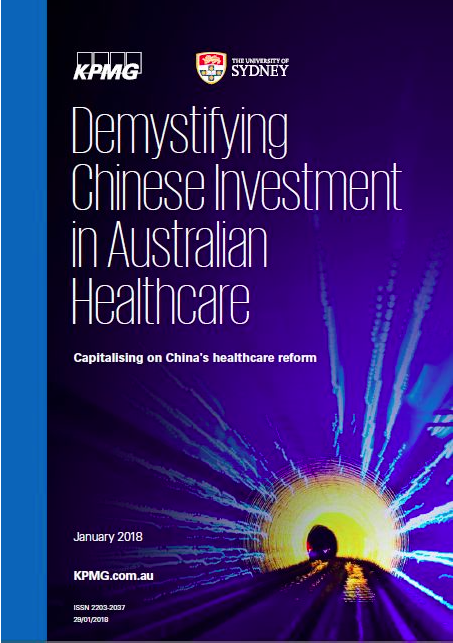 Today KPMG releases it’s report on Chinese investment in Australia healthcare, the most recent addition to their ‘Demystifying Chinese Investment’ series. Outbound investment from China has always been a contentious issue, primarily due to a lack of clear information. Now with the healthcare sector in China reforming and continued growth expected; KMPG sets out to clear through the myths and cut straight to what it means for the industry and Australia at large.

Having not featured before 2015, Chinese investment in Australia’s healthcare sector has surged over the past 3 years, reaching a total of AUD $5.5 billion across 16 completed deals, according to a new report from KPMG and The University of Sydney Business School – Demystifying Chinese Investment in Australian Healthcare.

Key findings of the report are:

Below is the media release and the report itself: